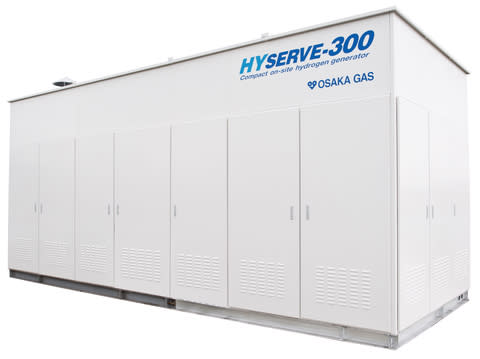 Daigas Group (formerly Osaka Gas Group) launched the first on-site hydrogen generator model “HYSERVE” (*1) in 2003 by adopting his accumulated knowledge of catalysts. In 2013, DGPS introduced a new model “HYSERVE-300” with a hydrogen production capacity per hour of 300 Nm3. As the manufacturer of the HYSERVE-300, DGPS sold the units primarily to hydrogen fueling stations.

Then, in 2019, DGPS granted HRC the right to manufacture and sell “Hy-Green”, a hydrogen generator using HYSERVE-300 technology, which enabled HRC to meet the growing demand from stations. hydrogen refueling in South Korea.

After confirming the successful launch of Hy-Green by HRC, DGPS decided to deploy its HYSERVE technology globally by allowing HRC to sell Hy-Green outside of South Korea. DGPS is convinced that this will contribute to the rapid establishment of the hydrogen supply infrastructure that is necessary for decarbonization in the transport sector.

HRC has already developed its mass production capacity of Hy-Green and is ready to receive inquiries from around the world, including through Daigas Group.

Daigas Group including DGPS will expand its overseas energy business from upstream to downstream by making full use of its experience gained in and outside Japan, as well as its existing overseas business platforms.