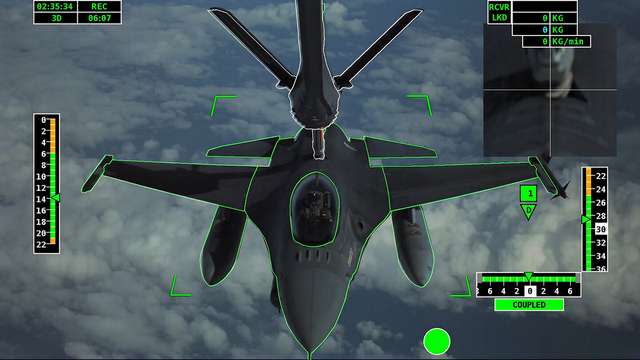 The war in Ukraine has shown the fundamental importance of drone to support troops and fine-tune the accuracy of artillery fire in combat. Drones will also become the precious wingmen of combat aircraft, like the future SCAF or the Tempest whose model has just been unveiled. They will be used both as decoys, jammers or for target acquisition. If these current aircraft already have a significant range, flying at the speed of a jet, it will be less. Just like a combat aircraft, it will necessarily be necessary to extend this autonomy by refueling this flying assembly in flight.

Airbus intends to do even stronger with its division UpNext, the aircraft manufacturer wants to carry out this refueling in a fully automated way, whether it is a fighter plane or a drone. In any case, this is the announcement that the aircraft manufacturer has just made at the Farnborough Air Show, which is currently being held in the United Kingdom, by unveiling its Auto’Mat project. The idea is to automate the operation to reduce crew fatigue and tension, and enhance safety. Carrying out this operation is not an easy task, by Airbus’ own admission, but the aircraft manufacturer has already made good progress on certain bricks of this automation with its system developed for the A330 MRRT tanker. However, an operator is still essential during the manoeuvre.

With Auto’Mat, the two aircraft in flight at a speed of around 1,000 km/h will have to position themselves to the nearest centimeter to connect and stay connected. To achieve this, UpNext relies on guidance driven by a powerful Artificial intelligence board fed with numerous videos of refueling maneuvers. It is also necessary that the communication between the two devices is instantaneous to deliver all the flight parameters in real time.

According to Airbus, the different bricks of this project…